The upcoming 2016 Olympic and Paralympic Games this August and September in Rio de Janeiro will draw hundreds of foreigners to Brazil, who will be keen to explore other parts of the country as well.

'These tourists are known to be cultured and above-average spenders when it comes to tourism,' said Brazilian Ministry of Tourism’s director of Economic Studies and Research José Francisco Salles Lopes. The Games are expected lead to an increase in average foreign traveller spending in Brazil and in average stays, as well as double the tourism revenue.

The latest Tourism Ministry survey shows that the average per capita spending by tourists in trips to Brazil is $1,290 and the average stay is 17.7 days. But the numbers are from 2014, when the country hosted the FIFA World Cup.

According to Lopes, most of the people coming for the Olympics will be from the United States, Japan, France, Australia, Europe and Canada. In South America, most will be from Argentina. Arab visitors are expected, but not in significant numbers. The Consulate General of Lebanon in Rio de Janeiro will provide 30,000 printed copies of Rio de Janeiro’s official Quick Guide of Useful Tips and Tourist Information in Arabic for the incoming Arab guests.

Travel agencies selling packages to Brazil are experiencing high demand due to the Olympics and Paralympics. EGP Viagens, located in São Paulo, is being contacted by foreign clients who are planning to visit Brazil during the Olympics and want to extend their stay for leisure. According to EGP Viagens’ owner, Egyptian Mohammed Darwich, tourists visiting Brazil in August are interested in destinations such as Foz do Iguaçu, Northeast cities such as Natal, Rio Grande do Norte and Fortaleza, Ceará, in addition to Fernando de Noronha and Pernambuco. 'These people want to get to know the country to the fullest, they want to feel the places, meet the people, the culture, they want places with cafés and bars', said the business owner. He described them as being young, up to 40 years old, and sharing Lopes’ opinion, are not looking for resorts.

How many guests are coming to Brazil for the Games?

The Brazilian Ministry of Tourism has confidently forecasted the arrival of around 300,000 to 500,000 tourists coming from all over the globe to attend this year’s Olympics.

Do you think the growing Zika problem will be a hindrance to tourism in the next year for Brazil?

The Brazilian Ministry of Health has been working closely with the World Health Organization (WHO) in addressing this issue. The WHO has provided us with technical advice in how to implement a disease control strategy should there be virus outbreak. According to them, a change in the location of the events, games and activities will not substantially decrease the risks of a potential world epidemic.

Is the Brazil government doing anything special for the Arab tourists – are there any halal restaurants in the country and do the hotels have any Arab-speaking staff?

As far as the Arab Brazilian Chamber of Commerce knows, the Marriott Hotel in Rio de Janeiro is prepared to receive Arab tourists and there will be halal catering. Besides the hotel, we know that the Copacabana neighbourhood, there will be two halal restaurants. During the games, Brazil is also prepared to have tourist guides who speak Arabic.

What activities has ABCC undertaken in the past to increase cooperation between Brazilians and Arabs?

The Arab Brazilian Chamber of Commerce is always trying to promote relations between Brazil and the Arab countries. We are always present at the Big 5 and Gulfood exhibition in Dubai, every year we bring buyers of food products from Gulf to Brazil and Tunisian exporters to showcase olive oil and dates at the biggest Supermarket Trade Show in Brazil. We promote economic forums, cultural exhibitions and trade missions.

What is planned in the future?

The Arab Brazilian Chamber of Commerce is actively working to increase cooperation through the Business Councils, the signing of a Memorandum of Understanding between institutions of Arab governments and chambers of commerce, and promoting greater exchange of Brazilian delegations to the Arab countries and vice versa. 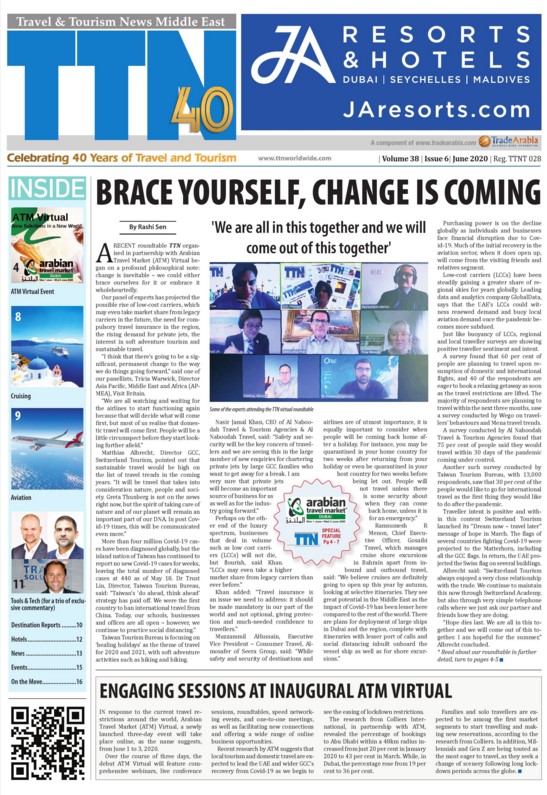